This is the blog of Simon Harris - journalist, car enthusiast.

Fact of the week 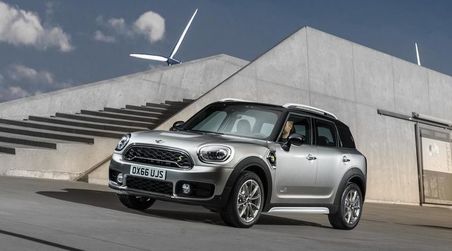 The mainstream family car with the smallest fuel tank is the Mini Countryman Cooper S E hybrid, which has 36 litres, or eight imperial gallons. That's 15 litres fewer than the standard Countryman fuel tank.

The Audi A3 Sportback e-tron and Volkswagen Golf GTE have 40-litre tanks (nine gallons), but plug-in hybrids aren't the only models with tiny tanks. The Alfa Romeo 4C and the Audi A4 2.0 TDI Ultra also have 40-litre fuel tanks.

The A4 TDI Ultra is available with a larger fuel tank as an option, with 54 litres (12 gallons).

Small cars have small tanks, and 35 is normal for a city car, but you also get 35 litres in the two-seater Smart Fortwo, while the Alfa Romeo 4C and the two-seater Lotus range have 40-litre tanks.